by Scott Kingsnorth and Chris Mayo 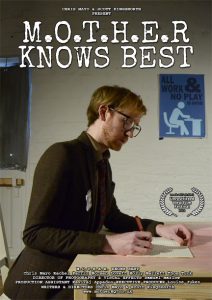 Set in an Orwellian, dystopian future. A permanently tired and dejected interviewer in a product testing government facility works under the authoritarian matriarch, “M.O.T.H.E.R.”. Each episode sees him testing a new product on a new subject and measuring the results. Eventually existential angst gets the better of him and he starts questioning the machine in which he is a very small cog. . . but with lots of laughs too. 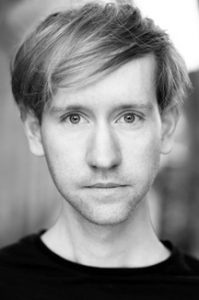 Scott Kingsnorth is a comedy writer, cartoonist and film-maker. Writing credits inculde: The Show What You Wrote (BBC Radio 4) Newsjack (BBC Radio 4 Extra) The Works (Madame Jojo’s, Soho).  He has written plays which have been produced in England and America. Picture taken by Ellen Montelius